A Rundown of the Most Famous Traders of All Time 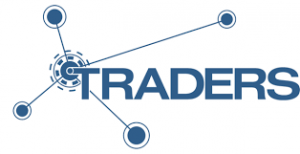 In any competitive field of human endeavour, people often need to find some towering figures in the business to look up to, who almost act as a guide when you are just starting out. That certainly holds true for investors as well, and there are lots of legendary investors who have their own styles, techniques, and accomplishments to their name, as well as infamous investors whose lead should definitely not be followed.

In this piece, we will be going over some of the most famous traders and investors, providing some information about their backgrounds, their trading styles and techniques, as well as some legendary trades that made their name. With that in mind, let us get started.

Jesse Lauriston Livermore is one of the most famous traders of all time, which could be attributed to the fact that he was an early pioneer of many of the techniques still used today by traders. He was born in Massachusetts, U.S.A, in 1877, and so his career was shaped in large part by the Great Depression. During that time, he gained and lost literal fortunes by short-selling stocks. He committed suicide in 1940, after a particularly bad loss.

Gann was a particularly interesting investor, because he used none of the techniques commonly used at the time, nor any of the techniques used today. He relied on exotic, pseudoscientific or even magical methods such as geometry, astrology, and ancient mathematics. Some of his tools have even been given names, such as Gann angles and the Square of 9. We don’t recommend actually using these in your trades though!

Soros is arguably the most famous investor on this list among the general public, though not as much for his trading record as for his political activism and support for NGOs. However, the Hungarian-born investor is one of the most successful hedge fund managers in history, and bears the title of ‘The Man who Broke the Bank of England’ following his successful short-sale of the British Pound in 1992.

Rogers is the chairman of the eponymous Rogers Holdings, having founded the Quantum Fund with George Soros earlier in his career. When it was founded in the 1970s, the Quantum Fund was famous for gaining 4200% over the course of just 10 years, which is a spectacular rate of return by any metric. This has allowed him to forge his own way independently later on, and cemented his position as one of the greatest investors of all time by correctly calling the state of commodities in the 1990s.

Dennis is arguably most well-known for his legendary Turtle trading experiment, though he was a famous commodity speculator, who was able to accumulate as much as $200 million over 10 years just from speculation. We recommend looking up the Turtle Trading experiment for more information. 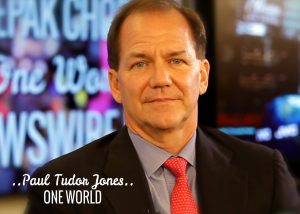 Jones is known for founding the eponymous Tudor Investment Corporation, which is among the world’s most profitable hedge funds. He made his name in the crash of 1987, by short-selling stocks, thus netting around $100 million in profits.

Paulson, a founding partner in Paulson & Co., a hedge fund, was essentially the man responsible for the 2007 financial crash. He used credit default swaps to short-sell the U.S. subprime mortgage market, which made him billions, but set off a financial downturn that many countries have still not recovered from.

Cohen is famous as the founder of SAC Capital Advisors, another well-known hedge fund that specializes in trading equities. He was charged by the Securities and Exchange Commission with not preventing insider trading, which led to him paying a fine of $1.2 billion. 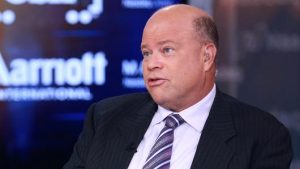 Tepper founded the extremely successful hedge fund, Appaloosa Management. Tepper himself specializes in distressed debt investing, and his pronouncements on TV carry a lot of weight with investors. He is known for his ability to make the market go his way, especially due to the fact that he often invests in companies which could go either way.

It is important to point out at this point that not all of the people on this list are figures to look up to. However, a beginning investor can learn a lot from each of them, whether it is steps to be taken to increase profits, or things to never do, unless you want to go to jail!

0
« Tips and Tricks for Online Stock Trading
Counterintuitive Investing: Why It Can Be Good For You »