Seven Forex Macro Risks You can’t do Anything About

Home » Seven Forex Macro Risks You can’t do Anything About 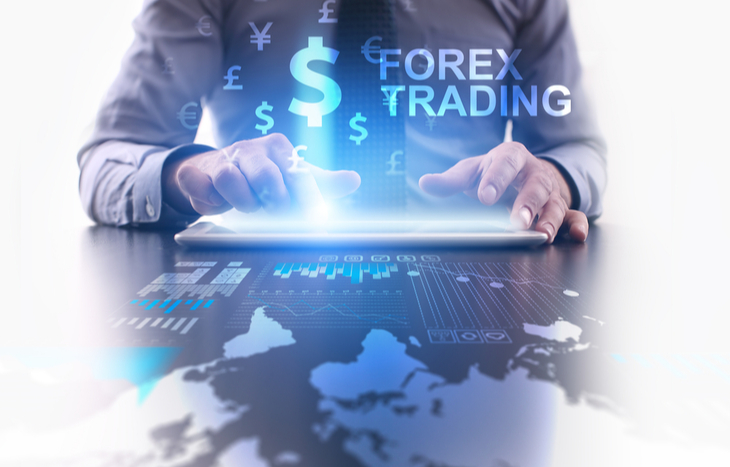 As we enter 2010, people only want to talk about predictions and the “top trades” for the year. If you’re looking for all the Wall Street predictions (from investment banks, hedge funds, and investment gurus), The Pragmatic Capitalist has made a great list of links.

Aside from that, I made a list of the major expected yet highly unpredictable risks in the foreign exchange market for 2010. Ala ex-Secretary of Defense Donald Rumsfeld, you could call these the “known unknowns” for 2010. These are the factors that will occasionally be invoked and cause substantial price movements in the market. Most times nothing will “actually” happen (e.g. a default of some sort), but “fears” of the event will create market dislocations.

It will be one of those things that will make a winning trade go against you, hit your stop-loss, and then go back to it’s prior trend because “the fear” abated.

The biggest headline for 2010 seems to be sovereign risk. A possible default in places such as Portugal, Italy, Greece, or Spain (P.I.G.S.) and a few other Eastern European countries will likely create substantial price swings among the dollar and the euro. Additionally, fears of how major industrialized countries such as the United States or Japan (The Economist) will continue to sell government bonds at low interests in saturated markets will likely cause price disturbances.

Don’t expect to get a heads-up from Moody’s or Standard and Poor’s on these issues. As we saw with the Dubai default, they don’t seem to be ahead of the curve.

Terrorism fear and actual attacks appear to be on the rise. The first day of the year started with a suicide bombing in Pakistan. We hope this is not indicative of the year to come.

The India-Pakistan and Israel-Palestine tensions could also erupt at any moment. Attempted attacks on U.S. soil is also becoming a reality again. Overall, these are extremely unpredictable events and the only thing you can do is pay close attention to the news on a daily basis.

General world-wide peace has been common for quite some time. However, economic deterioration or collapse is the perfect ingredient to create conflict, social unrest, and outright wars.

The basic economics 101 idea that massive money printing (while holding everything else constant) causes inflation has been leading the headlines for quite some time now. Yet, inflation has not really gone anywhere up. I guess all those “other” inflation factors have not been held constant.

Here is what Goldman Sachs had to say about inflation on its Top 10 Questions for 2010 (posted by Zero Hedge):

Very likely yes, at least as far as the “core” indexes are concerned. As we demonstrated in a comprehensive study recently, “slack” is the best predictor of inflation both at the aggregate level and in individual sectors of the economy. Moreover, Exhibit 6 shows that slack is pervasive throughout the economy, not just in the well known data on unemployment and industrial capacity utilization.

As a trader, watching for surprises in the CPI (up or down) and other related economic indicators is really all you can do in regard to the issue. This is something you can prepare for.

Big price swings in currencies are likely to be followed by unpredictable announcements from the Federal Reserve, U.S. Treasury, or other government institutions. More stimulus funds (i.e. more debt or money printing/inflation concerns) or a change (e.g. extension or quicker than anticipated) in the date of the Fed’s exit strategy will be the core issues to watch for.

Unexpected Announcements such as the one to cover unlimited losses at mortgage giants Freddie Mac and Fannie Mae will likely influence your trades and there’s not much you can do about it.

The dollar’s status as the reserve currency of the world is likely to continue. Nevertheless, every time some foreign government official (especially from China) talks about dollar diversification, the currency market goes all over the place. Not a lot of fundamental economic elements have changed since the beginning of the financial crisis (e.g. world economy structure, regulation, etc). As a result, the dollar’s reserve currency status is likely to remain the same as well.

In regard to China, it pegs its currency to the dollar. This requires them to accumulate dollar reserves. Unless the Yuan is going to free-float, China will continue to buy dollars. We also can’t forget that China has a lot of dollars (and will for some time) which means it’s in their best interest to have a strong dollar.

Overall, any of dollar-crosses are exposed to this “changing-the-reserve-currency” risk.

Digression: While we talk about China it’s important to notice that markets will probably fall into chaos if things in China start to go the wrong way. As TPC noted:

“China has grown to become the hope of the global economy. With their booming growth, growing consumerism, and fiscal prudence, China is the envy of the economic world. The rally in commodities and manufacturing continues to chug along with a great deal of help from China. If anything goes wrong in China (and we mean anything) equity markets will tumble.”

The banking industry in the United States did pretty well in 2009. Large sums of stimulus money combined with some key changes in accounting rules enabled banks to magically solve all their problems. Huge losses were followed by huge profits. While I would like to believe that everyone got their game together and things are getting better, it’s obvious some of them are hiding big losses.

The fact that the government recently decided to cover unlimited losses at Freddie Mac and Fannie Mae is an indication that things are not as rosy as people think. As a result, similar unexpected bad news in the banking industry is likely to send shock waves across all markets.

I’m assuming most people don’t know about things such as Ponzi schemes until they are exposed in public. Imagine if we found out about another 2 or 3 Bernie Madoffs in 2010?

What happens if the possible sovereign defaults mentioned in the beginning do happen and we have a few AIGs that wrote too many credit-default-swaps and can’t pay for them?

0
Patience Plays A Key Role In Your Trading Success »