The Four Fundamental Strategies for Investing and How To Apply Them

With the advent of new communication technologies, trading in stocks has proliferated worldwide, and sped up to such an extent that it seems as though only computer algorithms are able to follow the pace of the market nowadays. With these new technologies, the line between investing and speculation has become blurred, though the two were clearly delineated by John Maynard Keynes as early as the first half of the 20th century.

Nowadays, however, there are at least four distinct types of market actors: investors, speculators, traders, and bogleheads. In this piece, we will be looking at all of these categories in some detail, so the reader can decide which strategy works best for them.

Simply put, investors are the long-term shareholders of the companies they invest in. They base the decision to buy a company’s stock on the overall state of the company’s finances, its efficiency, as well as its future ability to deliver profits to its shareholders.

This technique is based on the economic concept of fundamental analysis, or value analysis. That means that an investor will look at the history of a company’s financial statements, ascertain the management’s abilities, determine whether the company has a good market position, and whether it can stay competitive. 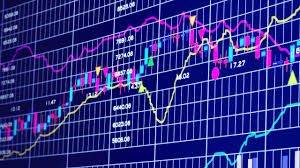 This approach is often seen as conservative and bookish by speculators and traders in particular, since the profits investors stand to make from their investments will not materialize immediately, but will trickle in over a long period of time. This approach prizes stability and order, and one of its most famous proponents, Warren Buffet, is one of the richest people in the world. That should be enough to silence the naysayers.

As previously mentioned, speculators seek to make profits off the value of a company’s shares, and not off the company’s actual operation or ability to provide returns. Naturally, these metrics are included in the stock price already, but there are often serious distortions in the stock price of a company as opposed to the relatively objective intrinsic value of a share.

Due to the uncertain nature of speculation, this sort of investing is often considered the same as gambling in a casino. Many people, especially regular investors, say that speculation is harmful since it adds nothing of value to the economy, instead seeking to profit while producing nothing. However, Milton Friedman argues that speculators have an advantage in information over other market actors, and that this legitimizes their profits.

This school of thought gave rise to what is referred to as technical analysis, the theory behind all of the graphs, charts, formulas, etc, used by investors to determine whether the price of a particular stock will go up or down, and by how much. This is in contrast to the fundamental analysis we explained earlier.

Generally speaking, it is good investment advice to sell a stock when it starts going down and buy when it starts going up. It is wise to only trade when the market has given clear indications on which way it is going to go. It is not a problem if you sit out a few trades in order to get a clearer sense of the market.

Trading is quite similar to speculation, with two major differences. Firstly, traders will hold a stock for an even shorter amount of time than a speculator, often for less than a single trading day. That is because traders seek to exploit short term fluctuations in a share’s price, in order to make consistent gains every trading day. 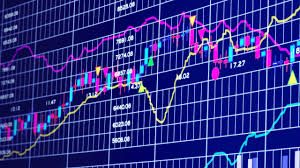 Penny stocks are a particularly fruitful field for such a technique, since their prices can fluctuate wildly during the day. That is because the companies which issue penny stocks are up-and-coming companies, which means their share prices are more volatile, as opposed to the relatively steady stock prices of large companies.

The other difference between speculators and traders is the fact that traders use even more cutting edge technology to make their bets, in fact, they rely on it. They have access to a vast array of metrics and analytic tools, which are often algorithmic, and can take care of trades automatically, when certain conditions are met.

There are now many people whose day job is precisely trading, and they do it from their home computer. The more successful ones offer advice to their peers on private chat rooms, which are a good source of information on this type of investing.

This is a new type of investor, one who eschews all of the above techniques, and simply invests in shares of a diversified index fund. Index funds are a special type of fund that owns stock in almost all of the companies listed on a particular index.

The reasoning behind this is that individual investors can never outperform the market, since they are the market. Trying to consistently get spectacular returns will lead nowhere, since risky bets like this can often go sour.

Index funds have many advantages, since they are passively managed. The fees are small, the portfolio is well-diversified, and the returns are consistent. Even Warren Buffet argues that no investor can beat the market, and that index funds are the safest bet. That adds a lot of weight to the entire concept, so perhaps this is the best place to start for a beginning investor.

0
« Trading Systems: A Guide for Beginners
The Most Popular Active Trading Strategies »